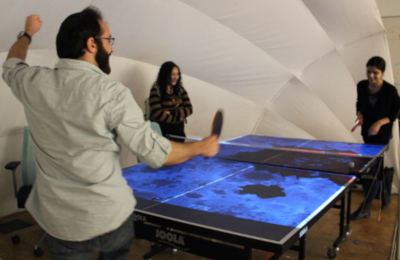 The goal is fairly simple, do everything in your power to protect your half of the moon while breaking your opponent's half. Wherever the ping pong ball lands, an explosion occurs and a portion of the nearby moon is damaged. Run out of moon to protect and it's game over!