When people work together, do they always consider each other’s viewpoint? Oftentimes in collaborative games, players actually work quite separately to complete a shared task and don’t fully consider their partner’s perspective, needs, and goals. The design intent behind Mad Mixologist is to allow players to examine and understand collaborative tasks in a more nuanced way, utilizing perspective switching to foster empathy of the other player’s perspective and a guided understanding of how we might better collaborate. Players are supposed to struggle greatly at the beginning of Mad Mixologist—not considering common issues such as a difference in their heights, where their head is directed, how their actions alter the other player’s view, and trying to brute force the solution alone. Over time, players gradually begin to understand the game not only from their needs, goals, and perspective, but also from their collaborator’s. Their actions become much more efficient and considerate of their partner, and they are able to communicate in ways that both parties can best understand. In this way, players have learned to better collaborate and communicate by developing a true shared empathy and understanding of each other.

In the world of Mad Mixologist, two scientists set out to create the perfect drink. However, during their final experiment, an accident occurred and their vision became swapped. Now each mixologist can only see from the eyes of the other, and they must quickly work together to complete their ultimate drink before it is too late!

Mad Mixologist is an augmented reality alternative controller game where two players must work together to create the ultimate drink. Both players in the game wear customized VR headsets that have been modified to allow for phone cameras to capture and broadcast video of the view from the front of the headsets. Rather than being able to look out of the headsets normally, each player is instead shown video of themselves from the other player’s camera/view (i.e., swapping perspectives). Not only are the players’ vision swapped, but they also have to pour, mix, and garnish drinks in the real world—resulting in a messy, challenging, entertaining, and wholly unique alternative controller spectacle.

Mad Mixologist has been exhibited at the ICA 2022 Digital Artifacts Exhibition and received the Most Technologically Innovative Award, featured at the 2021 Makers Play showcase, and was selected as an Official Finalist and for Night Games at IndieCade 2019 and nominated for the Spotlight Award for Cooperative Design. 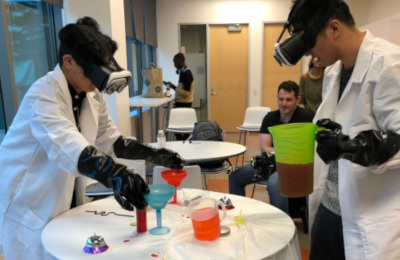 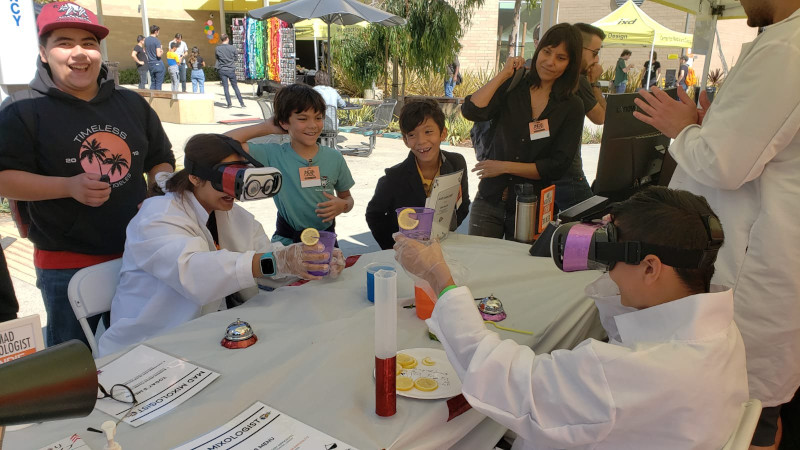 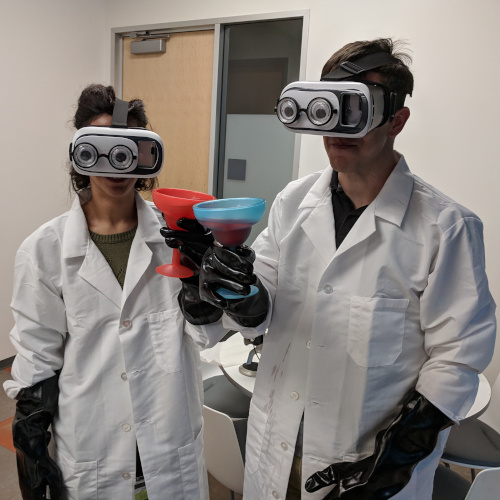 Mad Mixologist: Can you pour, mix, and garnish the ultimate drink in this embodied perspective switching game where all you can see is yourself from the other player's view?