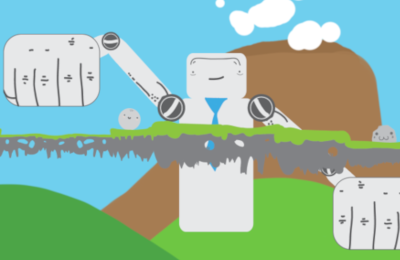 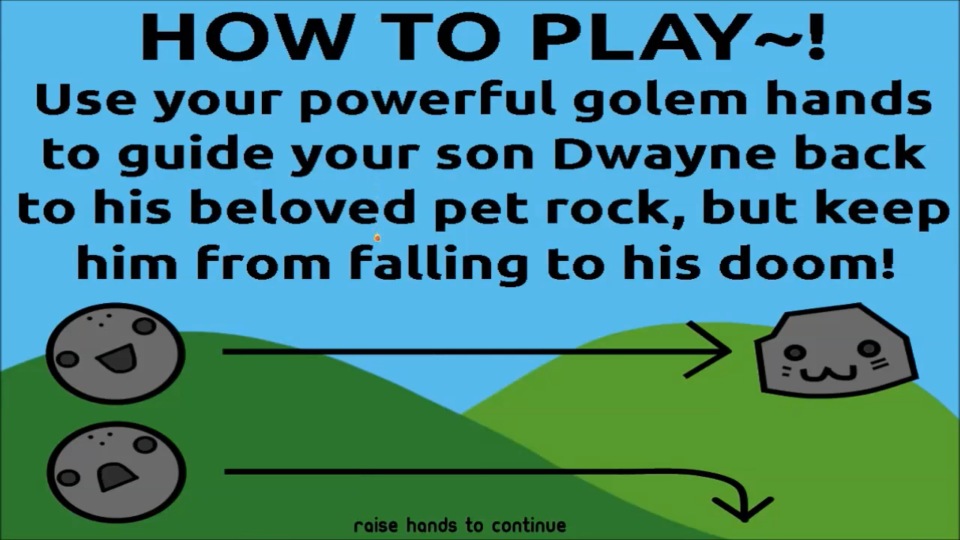 Boulder Dash is a Microsoft Kinect game where players use their bodies to control a golem dad and help him save his son!

Alas, poor Dwayne has been separated from his beloved pet rock, Boulder Cat. As his doting father, Rushmore, it is your job to help guide young Dwayne back to his precious pet. But whatever you do, don't let Dwayne fall.

Boulder Dash is a Kinect based puzzle game where players use their bodies to physically move a ball from start to finish. It was originally developed with a five man team for the Alt-Ctrl Game Jam. Since it's initial conception, the artist (Nick Blanco) and I have created multiple new iterations which have most recently been shown at MoMA, NYU Polytech's 2nd Annual Integrated Digital Media Student Showcase, and the 2013 World Science Festival Innovation Arcade.